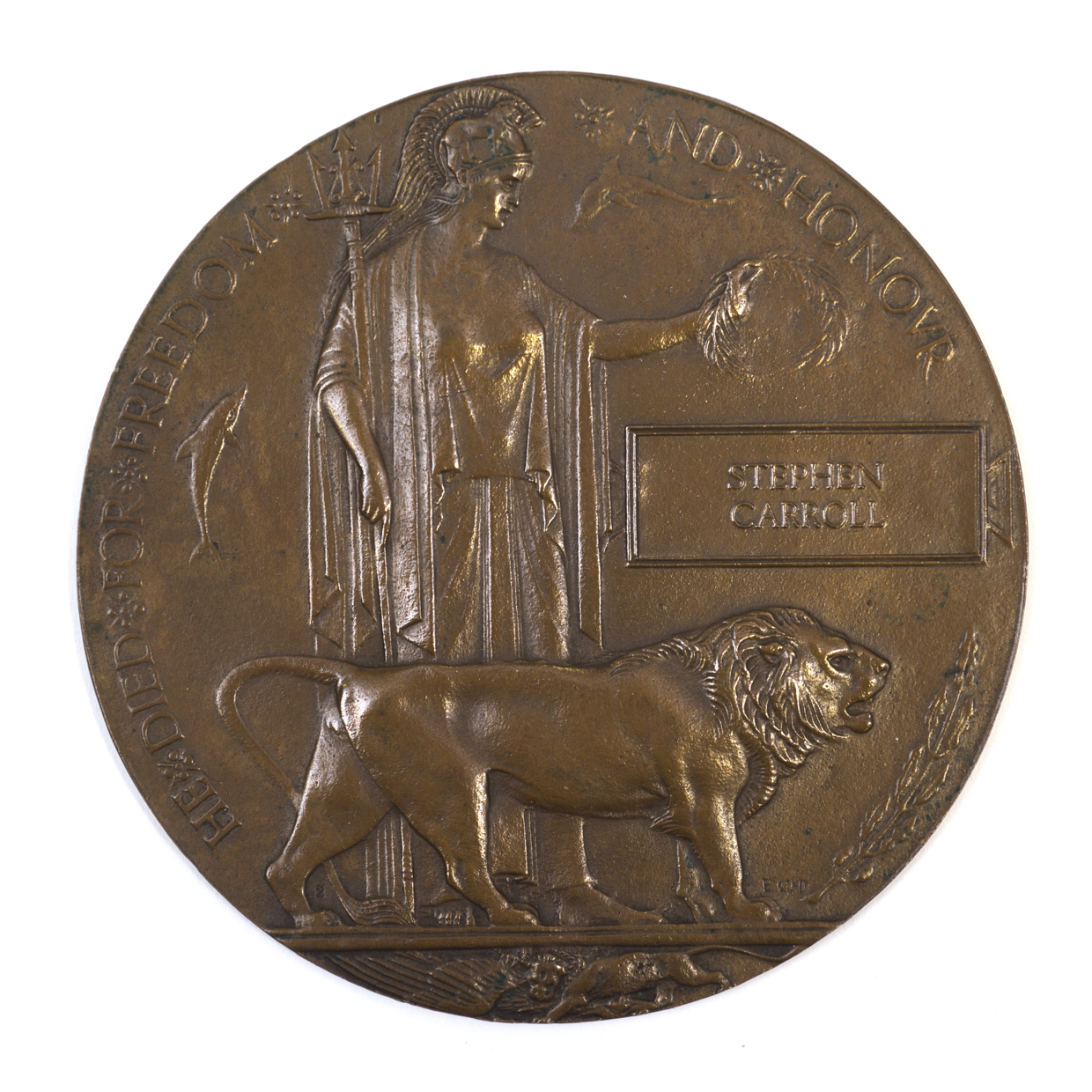 In 1917, the design of a commemorative plaque for those from the British Empire who died was finalised. The next of kin received a plaque inscribed with their loved one’s name, as well as a printed message from King George V. Stephen was killed in action November 1917. He had said: “no Hun was born to shoot him.” Ironically, it was a shell – the principal killer in the war – which took his life. The plaques meant that all Read more>> 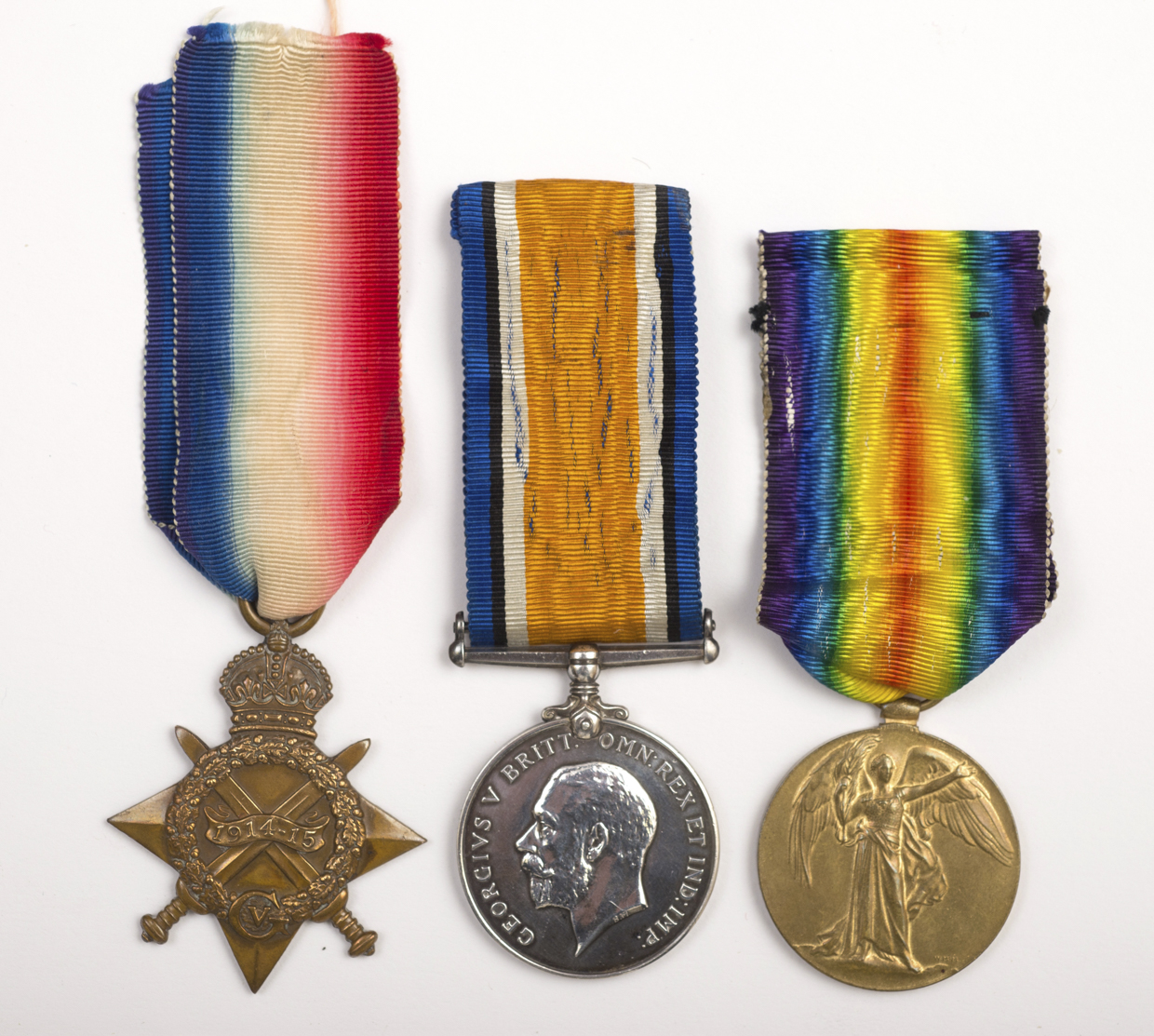 Pip, Squeak and Wilfred are the nicknames given to the three war campaign medals. They were issued after the war to all those who served. Shown from left to right in the picture, the medals are the 1914 (and 1914-1915) Star, British War Medal and Allied Victory Medal. Gallantry medals, or awards, were won by many Burnley men and were awarded in service. All medals are inscribed with information on the recipients. Men who started service after 1915 only received Read more>> 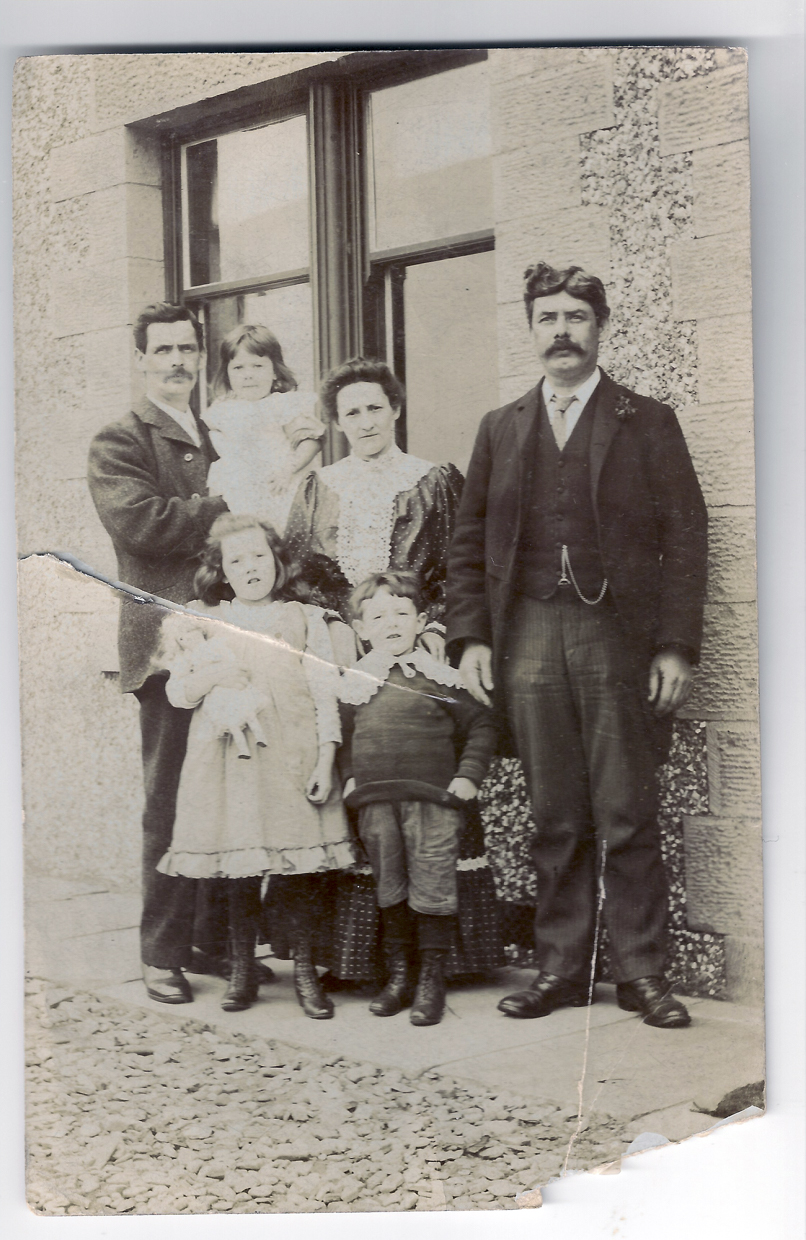 In this family picture, Harry is on the left. Harry’s nephew wrote, “Harry was my favourite uncle, a soldier fighting in the war. I was proud. Everyone else were farmers. He came home spring 1917 I was 8. Uncle Harry was wounded, shot in his foot. He was quiet. Cousin Doris lived with us, Harry’s daughter, he was quiet with her. ‘I won’t be going back now it’s nearly over’, he said. Sent back in 1918. He was killed 15th Read more>> 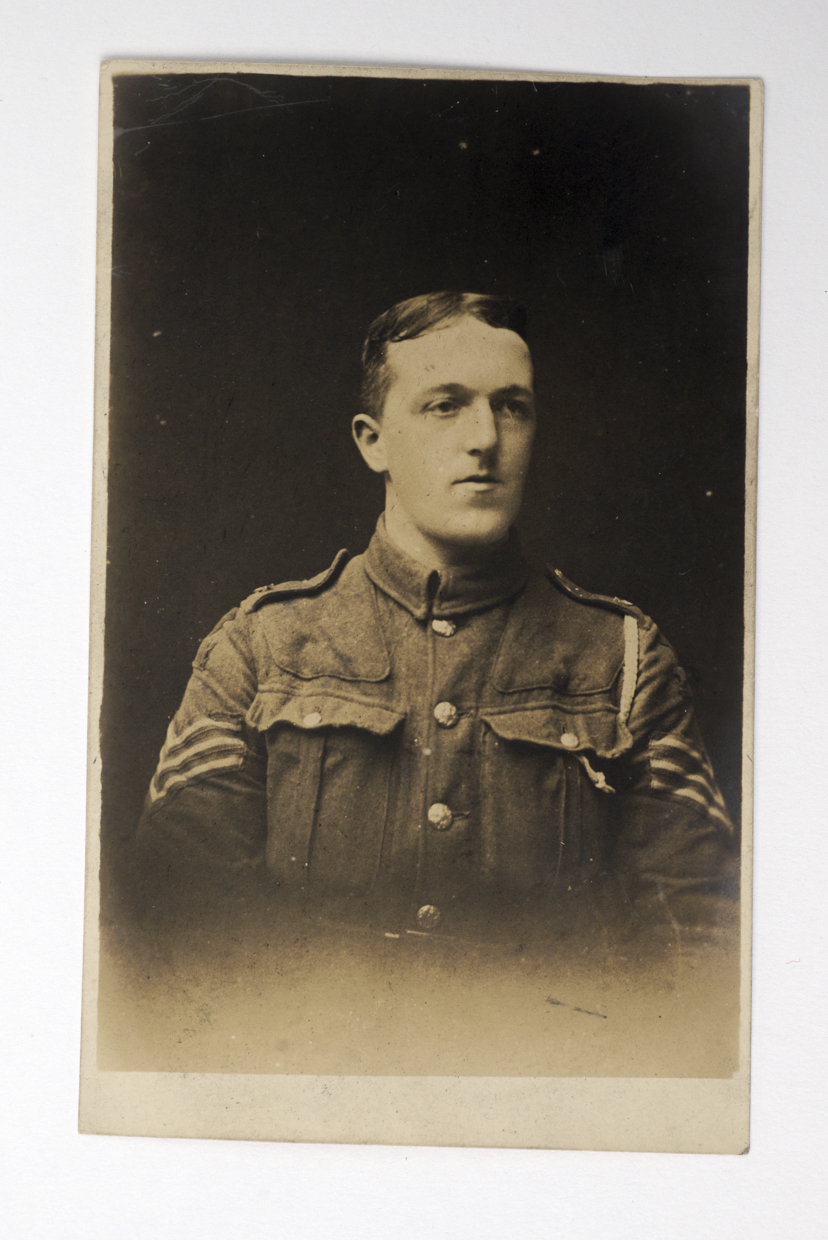 Richard was awarded the Distinguished Conduct Medal for gallantry in 1918. He was one of many to die of pneumonia. His parents received a letter of condolence from his Belgian fiancee, Adolphine Dubois (Richard had never mentioned her): “we loved each other with a sincere love… and now all I have as consolation is his dear photograph that I look at without ceasing… I can’t believe that he that I loved with all the power of my soul will never Read more>> 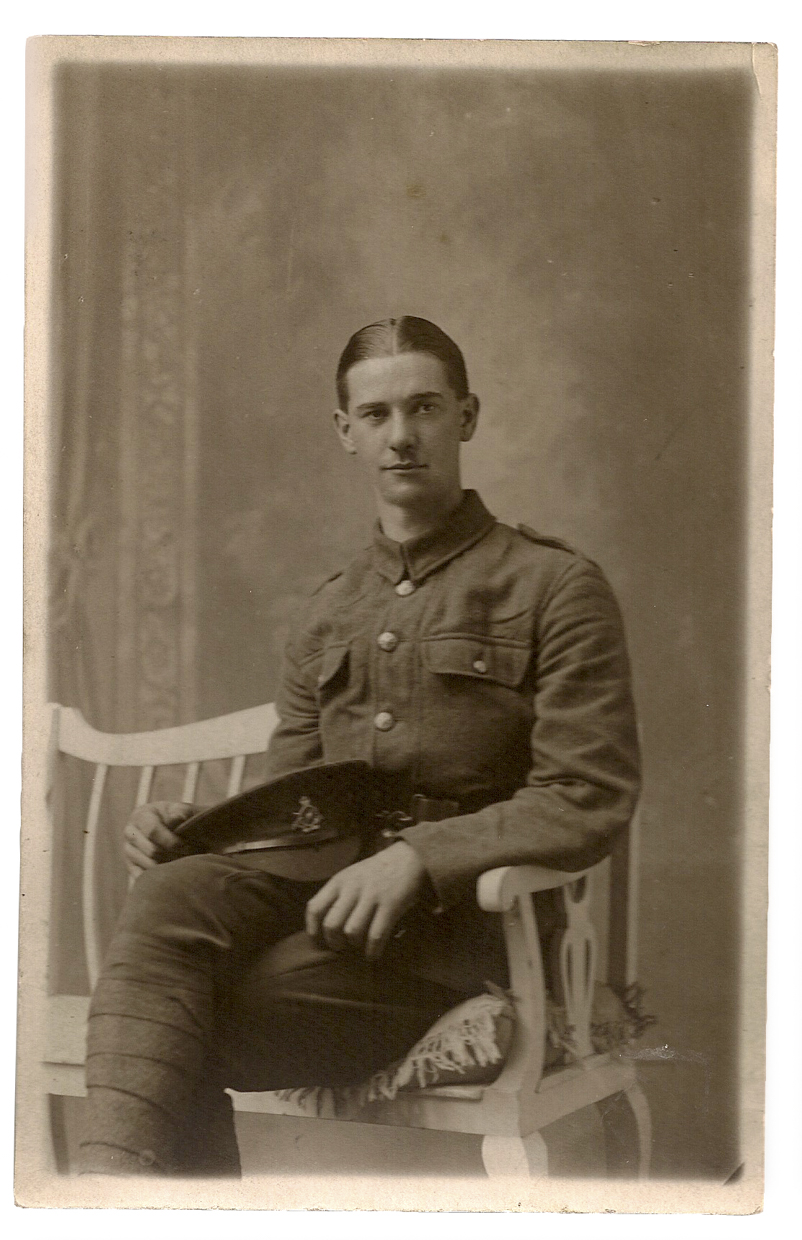 Frank was born in Hapton and finally settled in Nelson where his parents owned a newsagents. In the window was a map of the Western Front on which his father moved map pins according to the position of British forces. Frank was awarded the Military Medal before being killed in action in 1918. His mother had a pin – the lugs remain – fitted to the medal and wore it at Remembrance Day services. She was occasionally challenged by police Read more>> 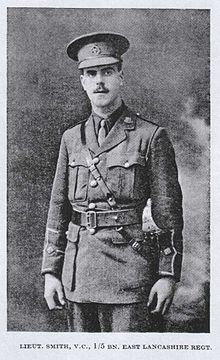 Victor came to live in Burnley with his family when his father was appointed Chief Constable. Victor also served as police Inspector in the Blackpool police force. He was commissioned as 2nd Lieutenant in 1/5th Battalion East Lancashire Regiment and landed at Gallipoli. Victor was killed in action and was posthumously awarded the Victoria Cross, Britain’s highest military award, in December 1915. His citation reads “For most conspicuous bravery. He was in the act of throwing a grenade when it Read more>> 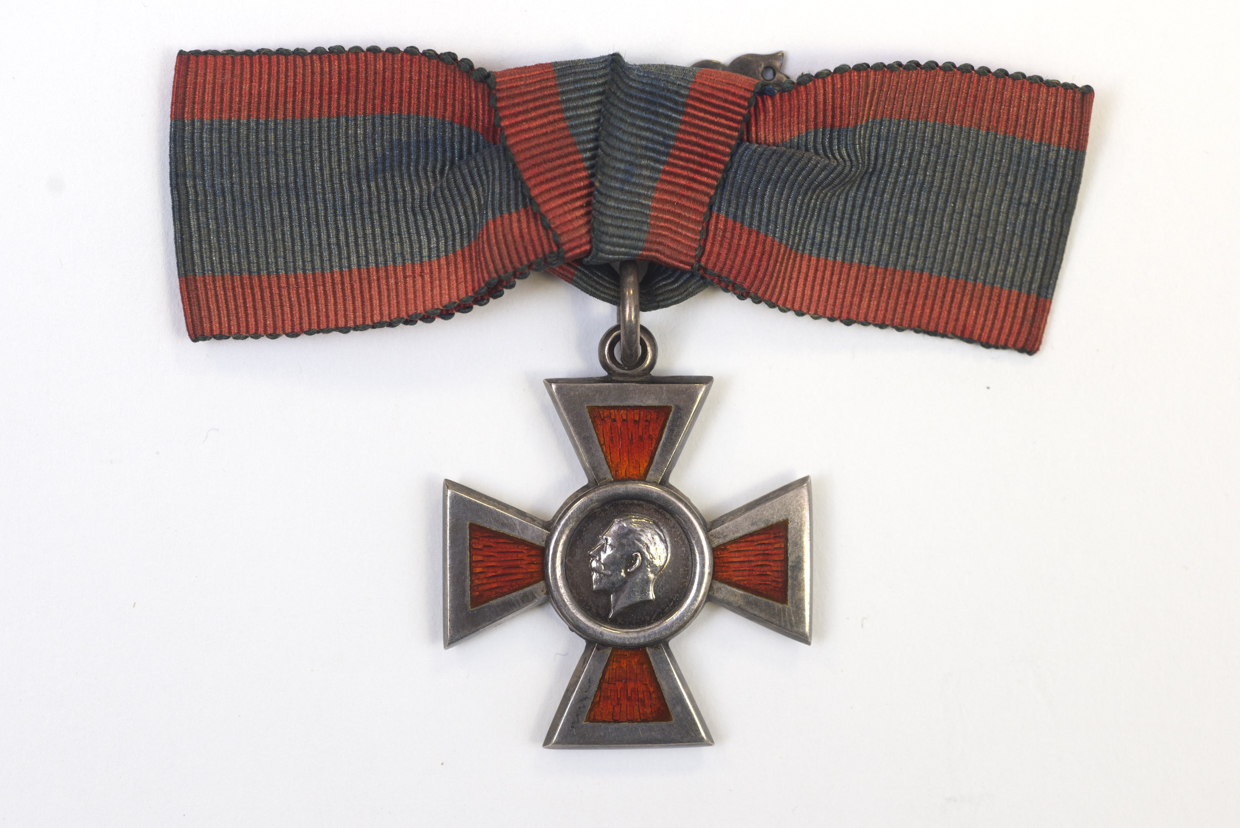 Bank Hall was one of three military hospitals in the town. The others were Primrose Bank and Huntroyde in Padiham. Matron Clara Frost  supervised the care of the sick and wounded at Bank Hall. For her service she was awarded the Royal Red Cross (second class) presented by the King at Buckingham Palace in 1917. 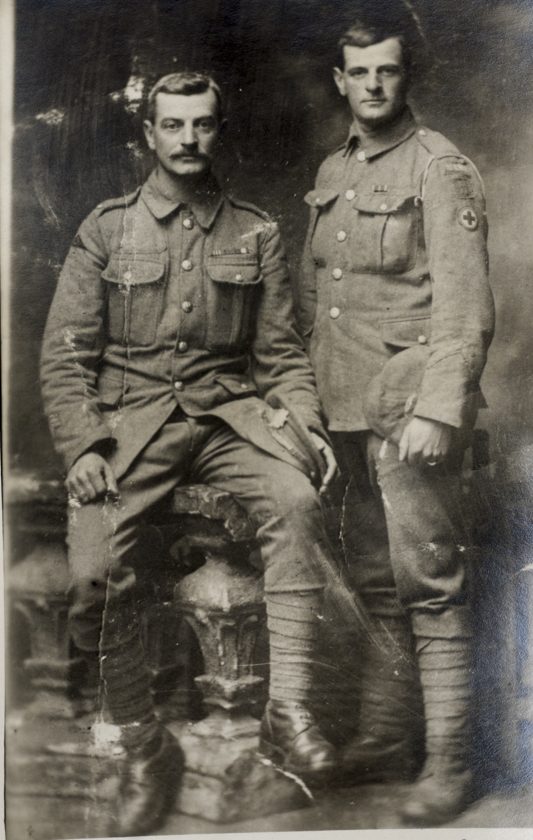 James Cooper (1881-1950) and Robert Cooper (1882-1971) were both recipients of bravery awards; Robert the Meritorious Service Medal and James the Military Medal and Distinguished Conduct Medal, adding to his South Africa War campaign medals. James was living in the USA when he decided to return to England and serve. His wife and baby son followed on the ship Lusitania. Both were drowned when the ship was sunk by a German U-Boat. The memorial card below was his. Britain used Read more>>