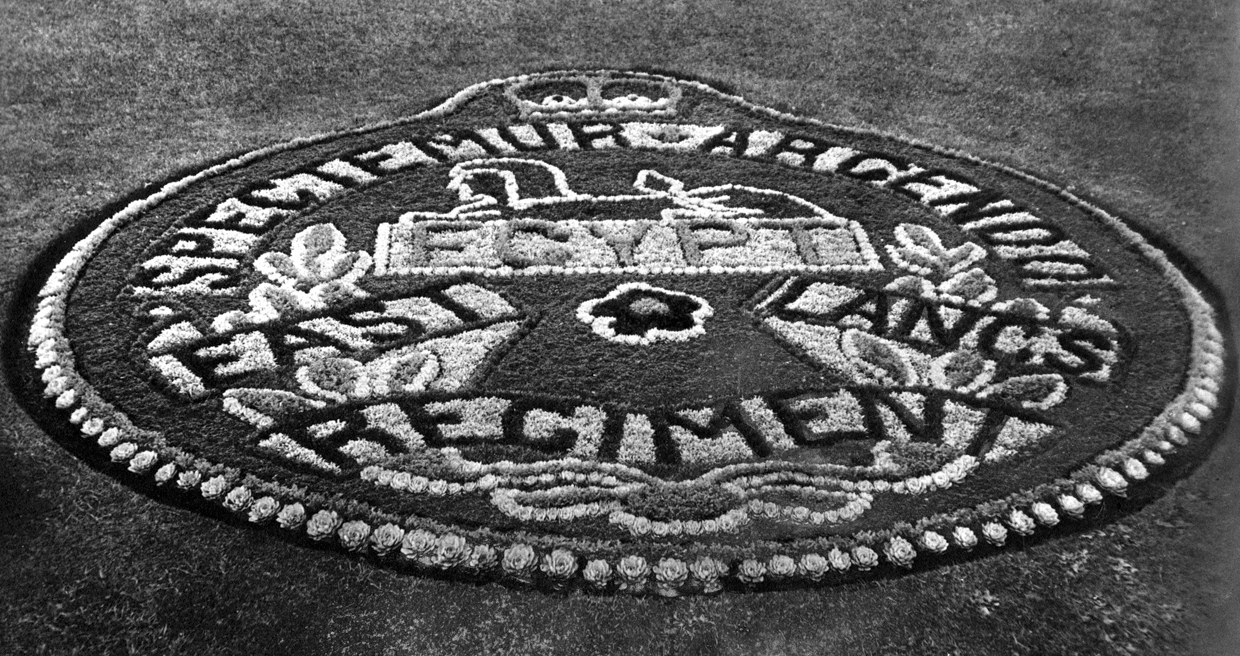 James Bailey was foreman gardener at Queen’s Park. He designed a carpet bed representing the East Lancashire regimental badge and motto. James was so pleased with his efforts that he commissioned Standish Street photographers Taylor’s to photograph it. A colourist for the company was Susannah Halstead who James married in 1919. He is pictured in a greenhouse thought to be in Queen’s Park. 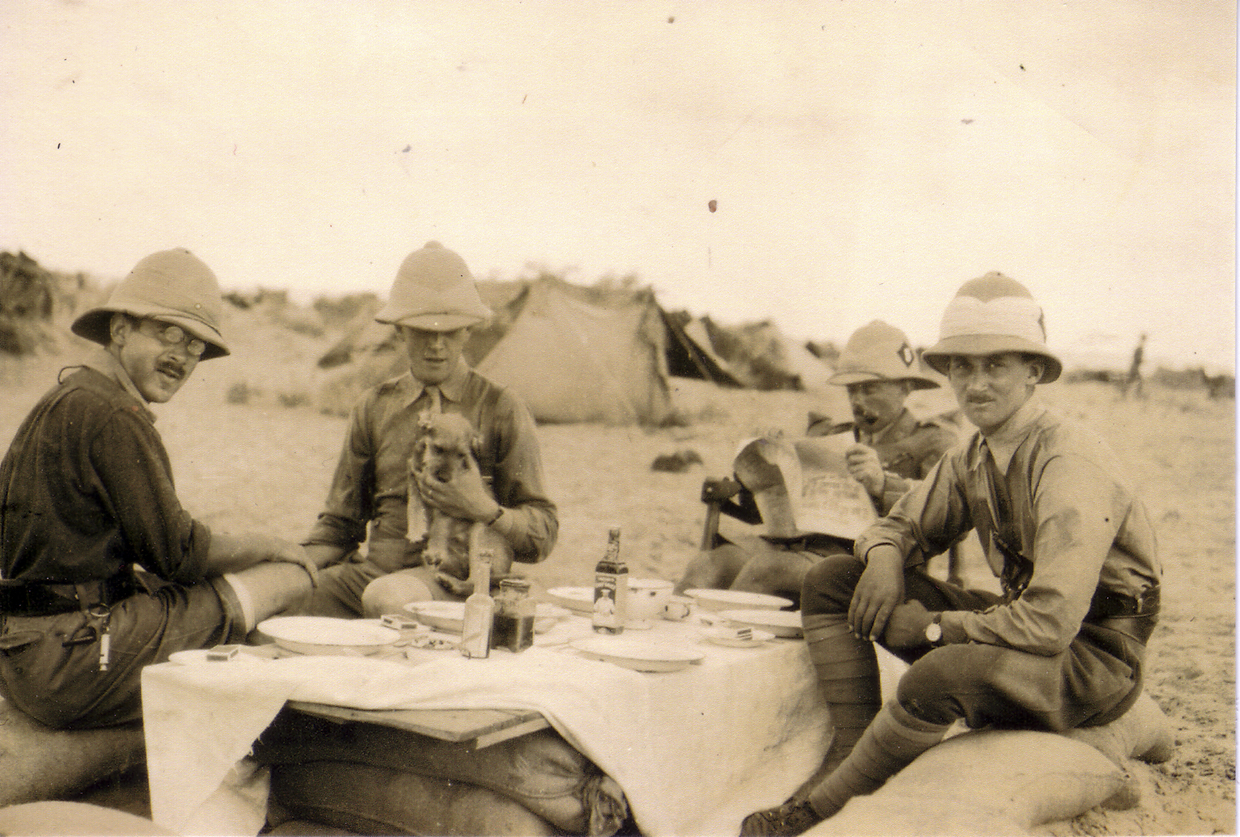 Harry joined the local territorials in 1907 and was in the successful shooting team of 1912. By 1914, he had reached the rank of Captain. He was posted to Egypt (Harry is pictured on the right) and then Gallipoli where he was badly wounded. He spent time recovering in Malta and Burnley before re-joining his regiment in 1916. Harry was promoted to the rank of Major and spent the remaining years of the war in France. 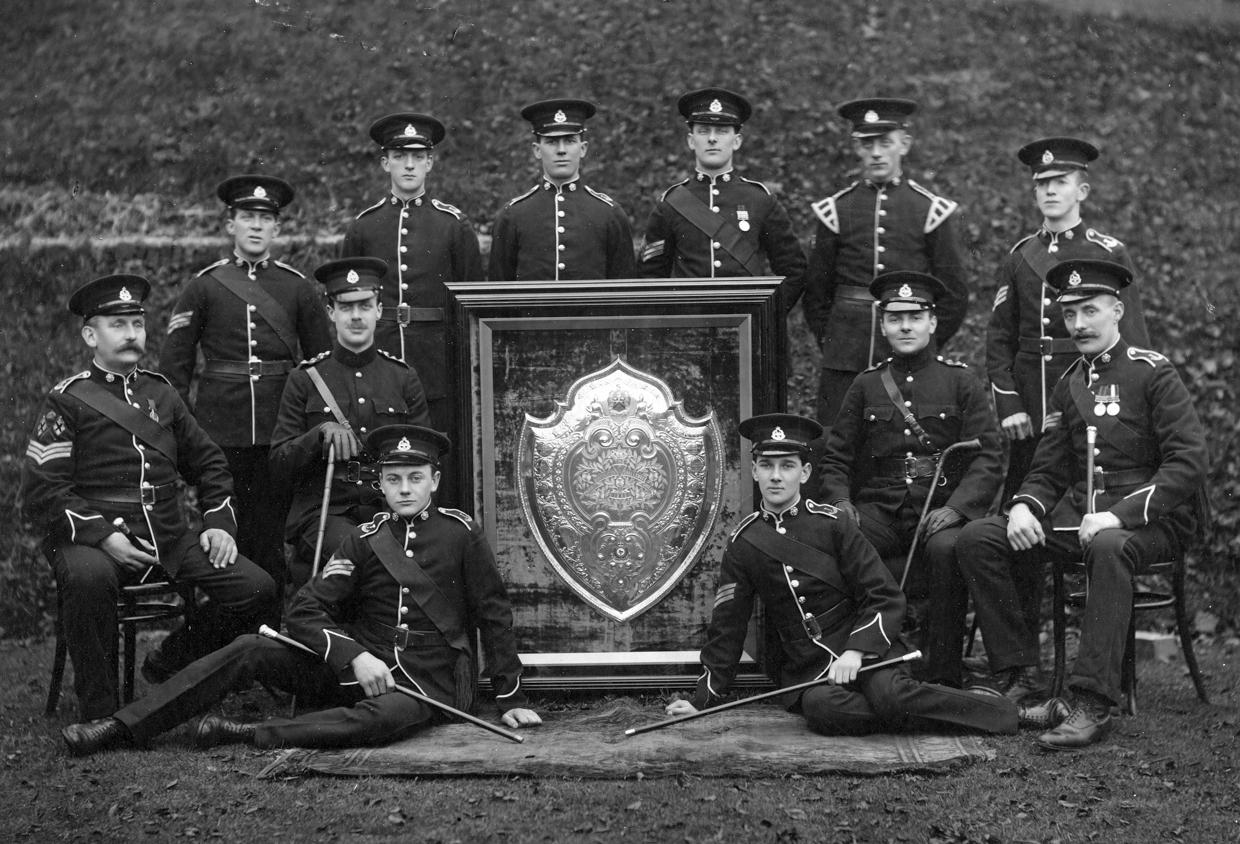 The men from C Company won the Corporation Challenge Shield. Either side of the shield are Henry Bolton (left) and Harry Jobling. Behind Bolton is Sergeant Sugden. Behind Jobling is Thomas Thornber. On the ground (left) is George Haffner. Bolton, Sugden and Thornber were killed in the war. Haffner and Jobling were wounded. 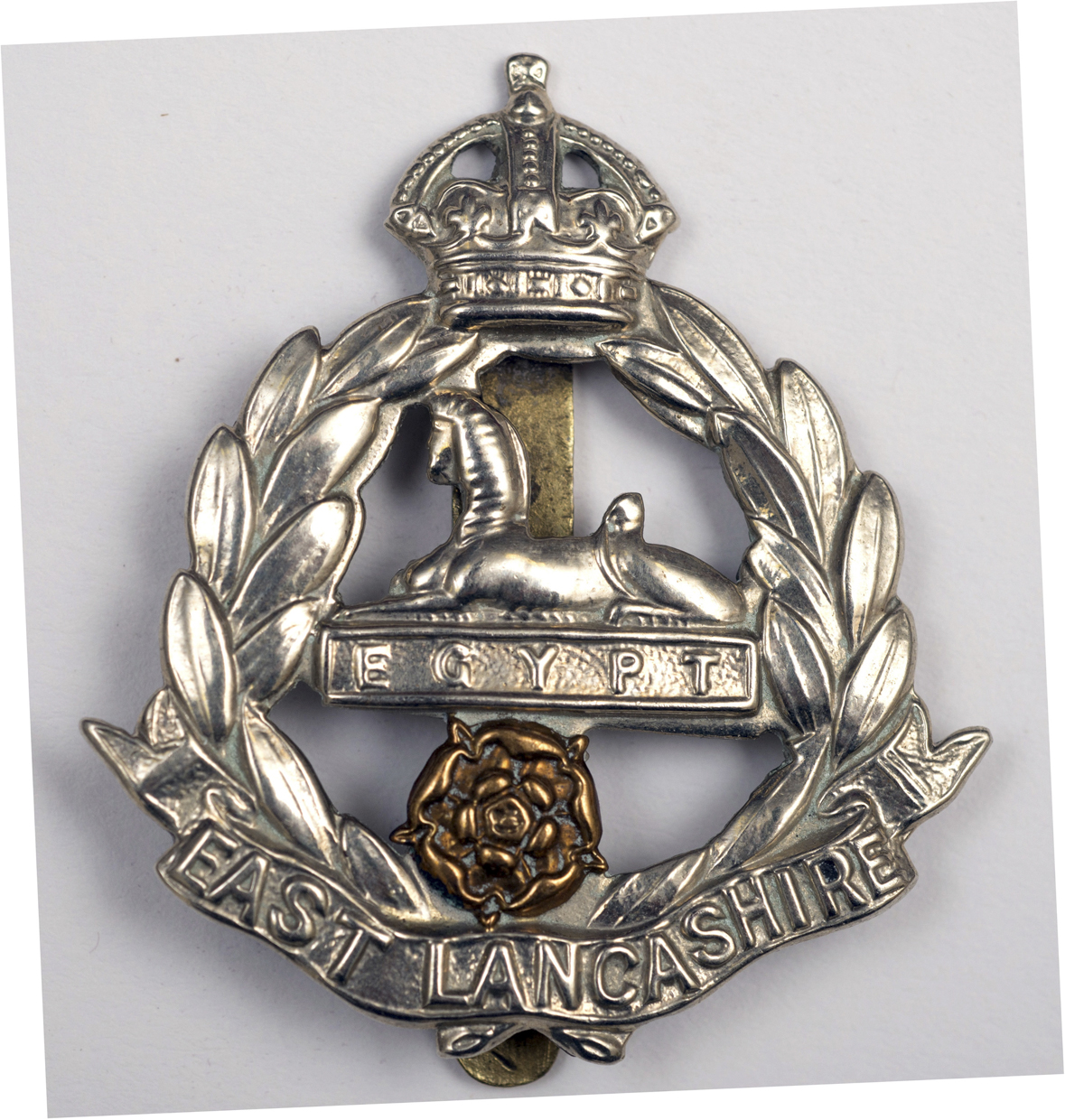 Whilst some men joined the Royal Navy and Royal Flying Corps, the majority served in the Army. It is not surprising that most men served in the East Lancashire Regiment but, unusually, it was the Cameronians, a Scottish regiment, which was the second most popular. The reason was the regiment seemed to be very good at recruiting. However, after the losses on the Somme in 1916, there was a determined effort by the Army to steer men away from joining Read more>>